From a software engineer to a blockchain strategist, the story of Oduwacoin creator Bright Enabulele 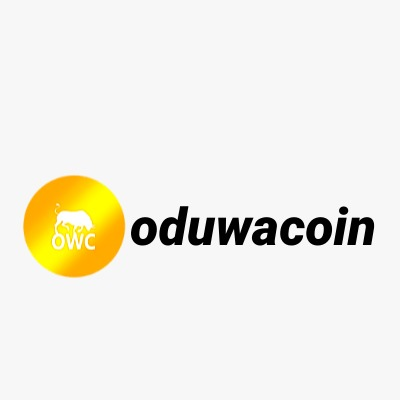 Introducing OduwaCoin, the revolutionary new cryptocurrency making wave in the industry. Created by Bright Enabulele, a vibrant African-American entrepreneur with a background in computer science, OduwaCoin is built on its blockchain ecosystem. It is designed to promote financial inclusion and empower African communities. With its unique focus on community-building and social impact, OduwaCoin has built-in mechanisms for community members to vote on and fund development projects in under-served communities, making it a decentralized and community-driven approach to addressing socio-economic issues in Africa. The launch of OduwaCoin has attracted the attention of investors, blockchain enthusiasts, and social impact organizations, making it a shining example of how technology can be used for positive change in the world.

Before founding Oduwa Blockchain Solutions Ltd., Enabulele worked as a senior consultant for Digital Currency Gateway, where he taught others about cryptocurrency and oversaw initial coin offerings (ICOs). His boundless energy and compassion have led to the development of fantastic, original, and forward-thinking ideas, such as OduwaCoin.

OduwaCoin was designed to facilitate the instant and secure exchange of digital cash across international borders. The OduwaCoin network enables the free transmission of digital currency to anyone, anywhere in the world, while preventing fraud, counterfeiting, and double spending. The Oduwa Network is incredibly efficient, quick, safe, and trustworthy.

The developers of OduwaCoin hope to end Africa’s economic stagnation by ushering in a new era of financial innovation. With services like the Oduwa Pay payment gateway and merchant settlement at reduced costs, the Oduwa Network encourages and facilitates peer-to-peer transactions and money transfers in the region.

OduwaCoin is a free, open-source cryptocurrency derived from collaborative blockchain frameworks. Built on the foundation of hybrid blockchain POW/POS, innovations such as proof-of-stake help advance the field of cryptocurrency and promote the concept of almost zero transaction costs for all OWC users to send and receive Oduwa.

When it comes to buying, storing, and trading digital currency, OduwaCoin advocates the use of a reliable network. This is one of the many ways OduwaCoin works to end Africa’s economic stagnation and provide access to better economic prospects and financial education for marginalized communities.